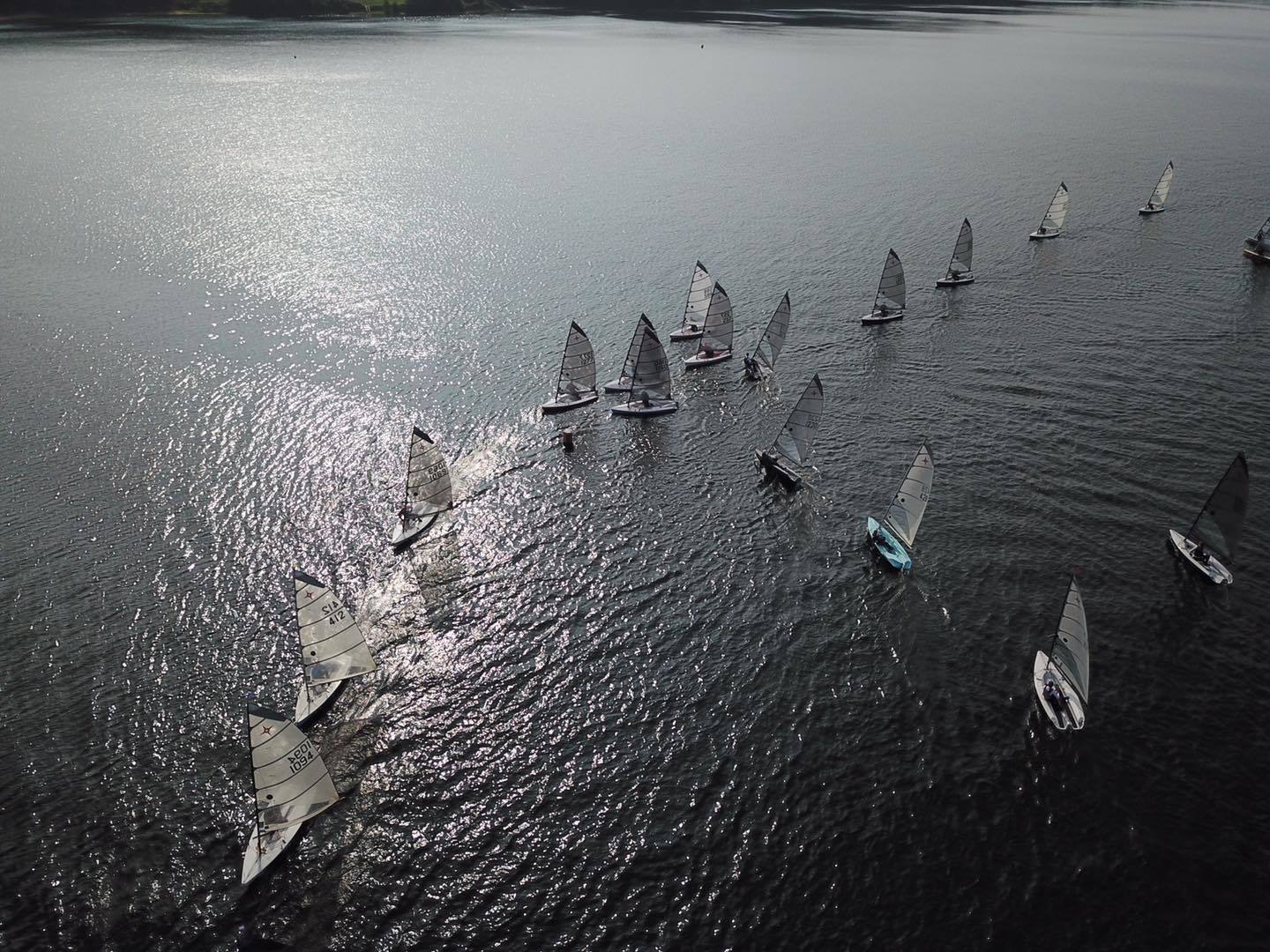 A bumper 60 boats signed on of which Bartley fielded an impressive 11 boats. Winds were generally light for all of the 6 races and only 1 discard was permitted.

Some boats turned up on the Friday to take advantage of the free coaching day arranged by the class association and to enjoy being able to socialise again. Everyone took something from the day which will help them go just a bit faster.

Day 1 had 4 races and most of them were sailed under a black flag start. Garry Butterfield was out of the blocks like a rocket taking an impressive 3rd place in race 1. In race 2 Andy Bownes was the leading Bartley boat coming home for 6th. After lunch it was Steve Hawleys turn taking the race win. The final race of the day saw John Knight clocking in a solid 4th.

The forecast for Sunday was not very promising, fortunately it proved to be wrong and the wind held for the 2 races. Everyone was a bit keen and both races were also started with a black flag. Race 5 saw Steve taking a good 2nd place, and in race 6 John dominated from the start only to be caught on the final mark when the wind let him down but he still took 2nd.

Overall we had 5 boats placed in the top 10 which shows the strength of the Bartley Supernova fleet, but there were solid results being recorded by everyone who entered. Top Job Guys!