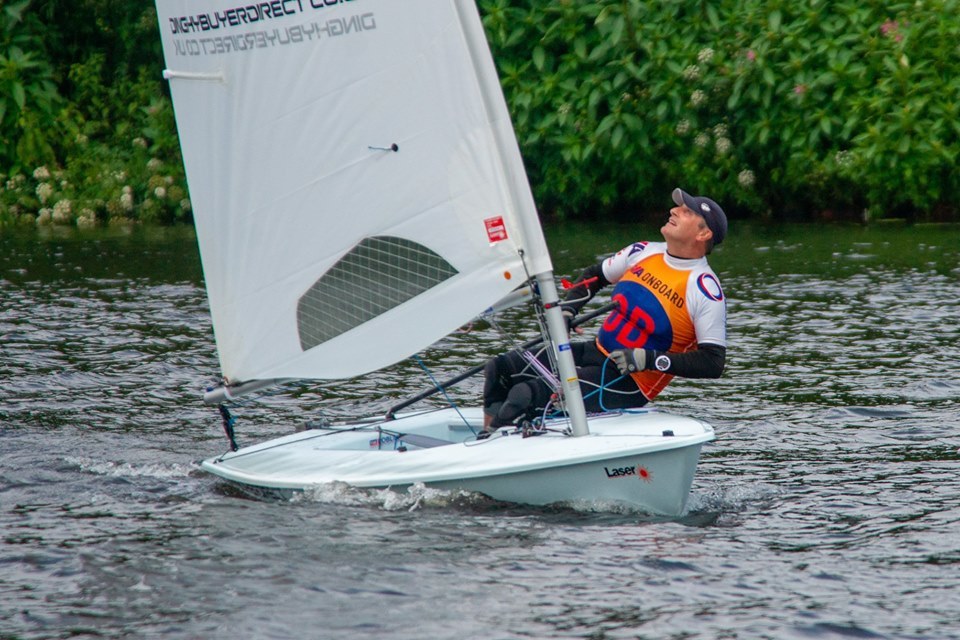 Simon and John travelled to Hollowell for the next round of the Midlands traveller series and took the top two places - but who was 1st and who was 2nd?

Well for the first time Simon took the win from John - how did that happen? Well the course for the morning was windward / Leeward which was tactically good but a little monotonous after 5 laps! Simon got a great start and a lovely lift to the first buoy whilst John got buried in the pack and methodically picked his way back up to 2nd but Simon was a minute or so down the race track by then. The 2 races in the afternoon became a figure of 8 with 2 slightly separated windward / leeward legs - and the result? It became pretty difficult to remember which windward or leeward mark you have just rounded and therefore which one to go to next. In race 2 John took a port flier and pulled way out ahead never to be challenged. Simon clawed back from 4th to finish behind John on the water, but unsure if a well sailed radial would split the result. With that behind them it was all on for the final race. After the first beat it was neck and neck and by the end of the first run it was transom to bow. John tacked high whilst Simon went low, however the reason for this became clearer as the beat progressed as John went to one windward mark and Simon the other - shouting from various members of the fleet behind confirmed Simon was in the right place and John had to reach down giving Simon a lead that couldn't be caught. The racing was tight, the weather was nice, there were lots of boats with all rigs, ages, and abilities - a great day on the water.